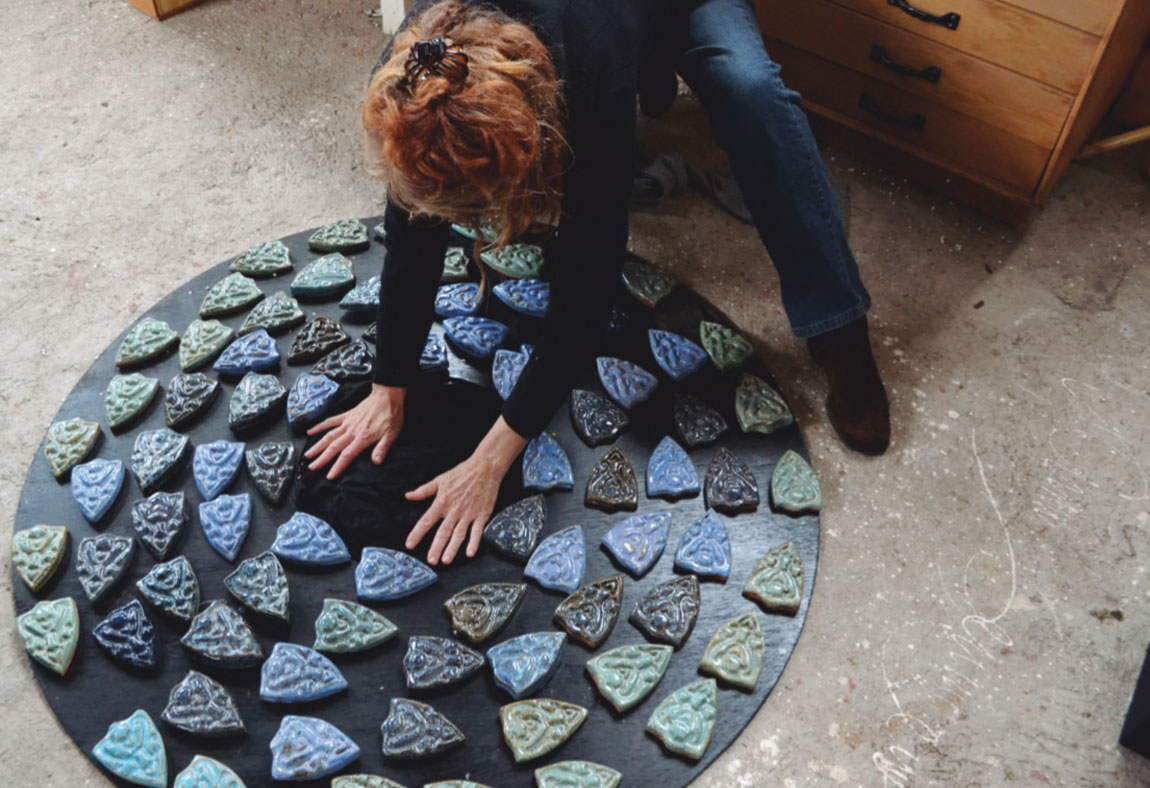 Karen Lovenguth was born in New Jersey, in 1966. At 16 she discovered ceramics and has been working in clay ever since with 25 years of her life professionally dedicated to the medium.

Her formal studies started in the United States in upstate New York at Syracuse University where she earned a Bachelor of Arts degree at the Maxwell School of Political Science in 1987. After graduation she left the United States and traveled to France, first in the city of Strasbourg enrolling two semesters at the Ecole Superieure des Arts Decoratifs, and then onto Paris for more than a year continuing her clay work in a private studio.

In 1989, Berlin became a more permanent home for four years, the birthplace of her son. She worked in clay at a public sculpture and ceramic studio, the Bilderhaurwerkstatt.

She came to Mexico for the first time in 1992 and soon after established her permanent residency with her family in the small village of Santo Domingo Ocotitlán in the municipal of Tepoztlán, Morelos. Karen has her private ceramic studio and kilns nestled close to the mountains in the countryside where she has been working full time for the last 25 years.

The artist has been exhibited in various individual as well as collective exhibitions in Tepoztlán as well as in Mexico City. She has been chosen for various biennials including the Franz Mayer Museum in Mexico City as well as the Icheon World Ceramic Center in the Republic of Korea. Her work can be found in public collections in China at the Sanbao Ceramic Museum in Jingdezhen, in Korea in the World Ceramic Exposition Foundation collections, as well as in various private collections in France, United States, China and Mexico.